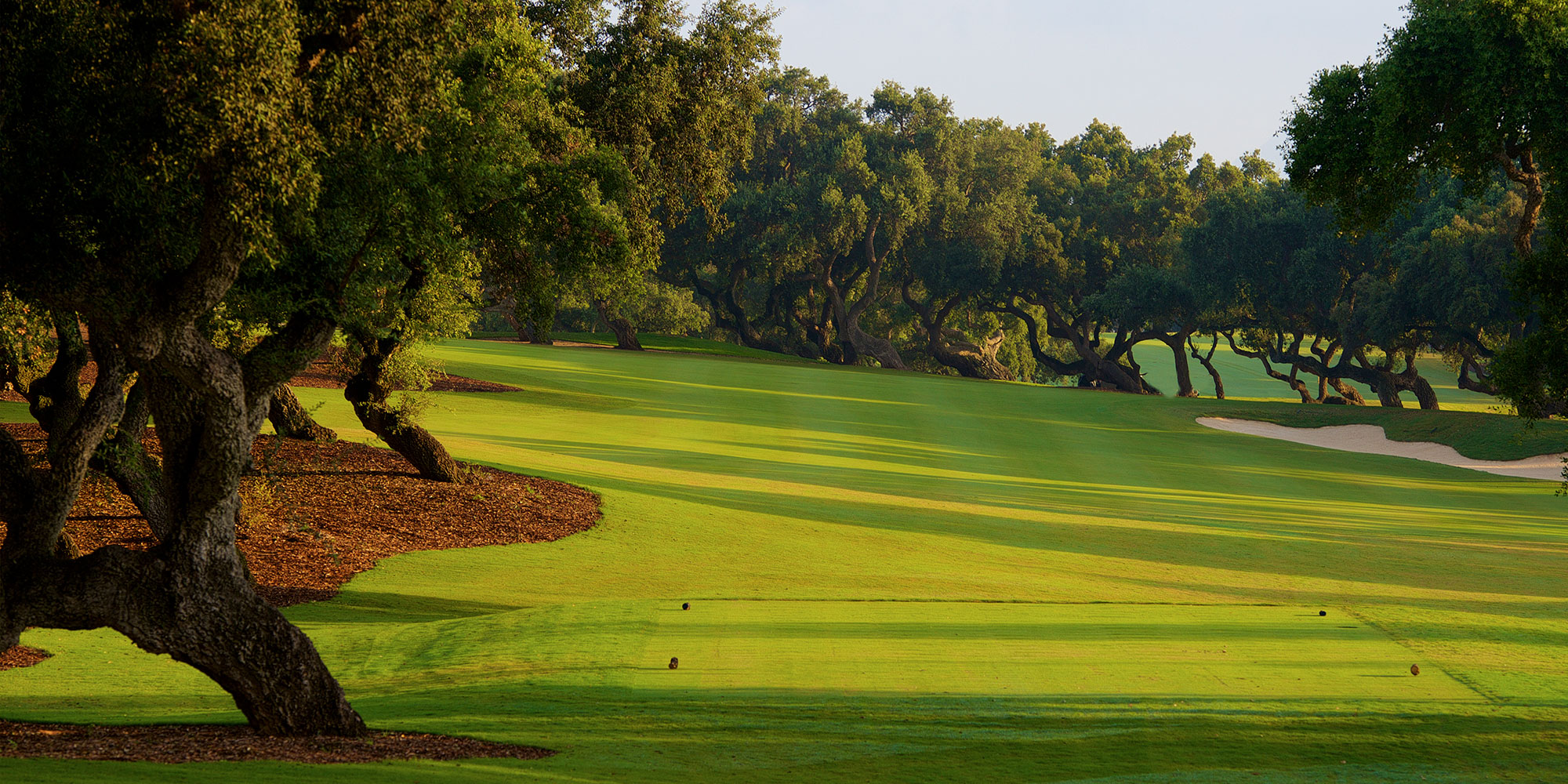 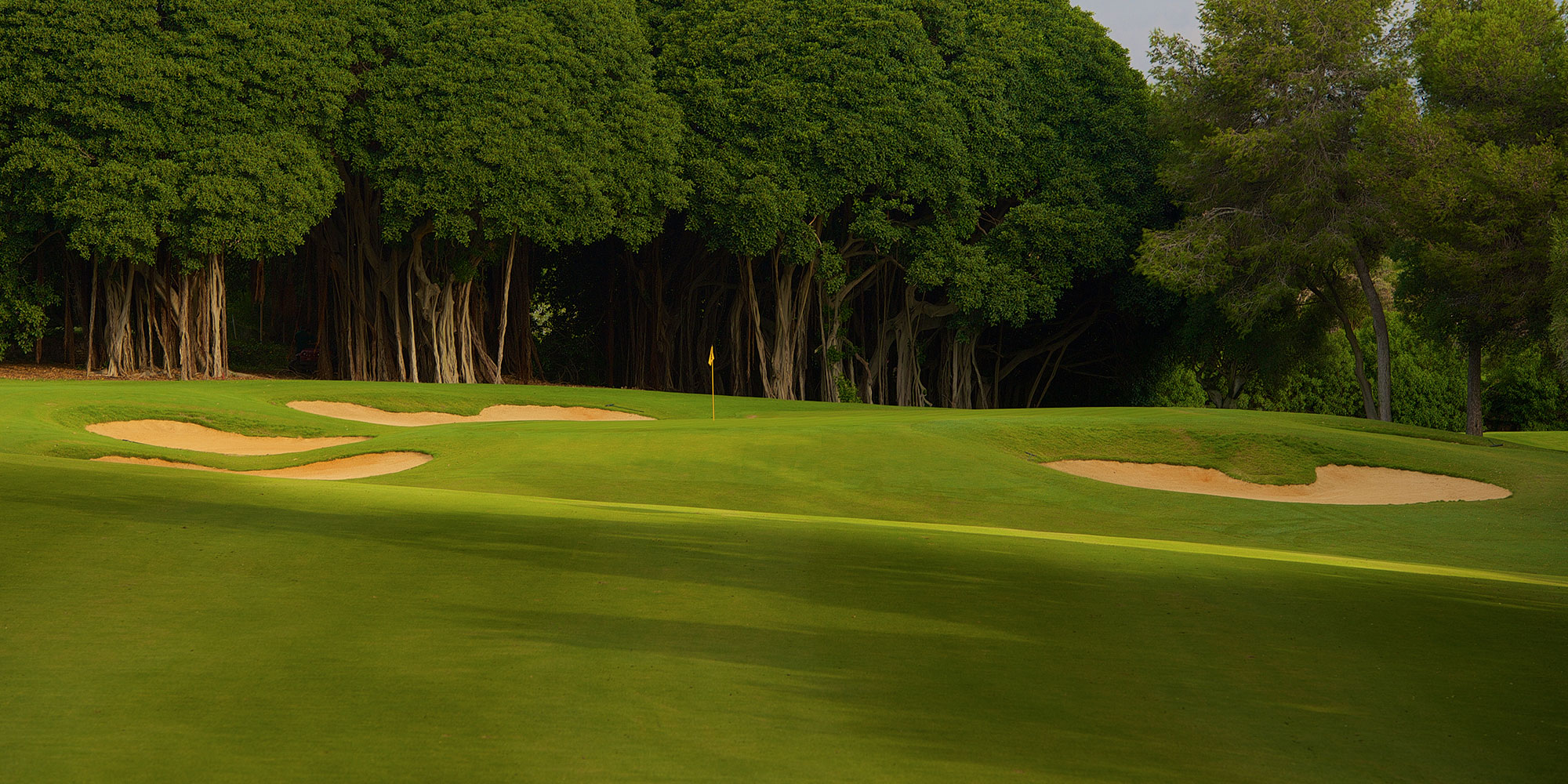 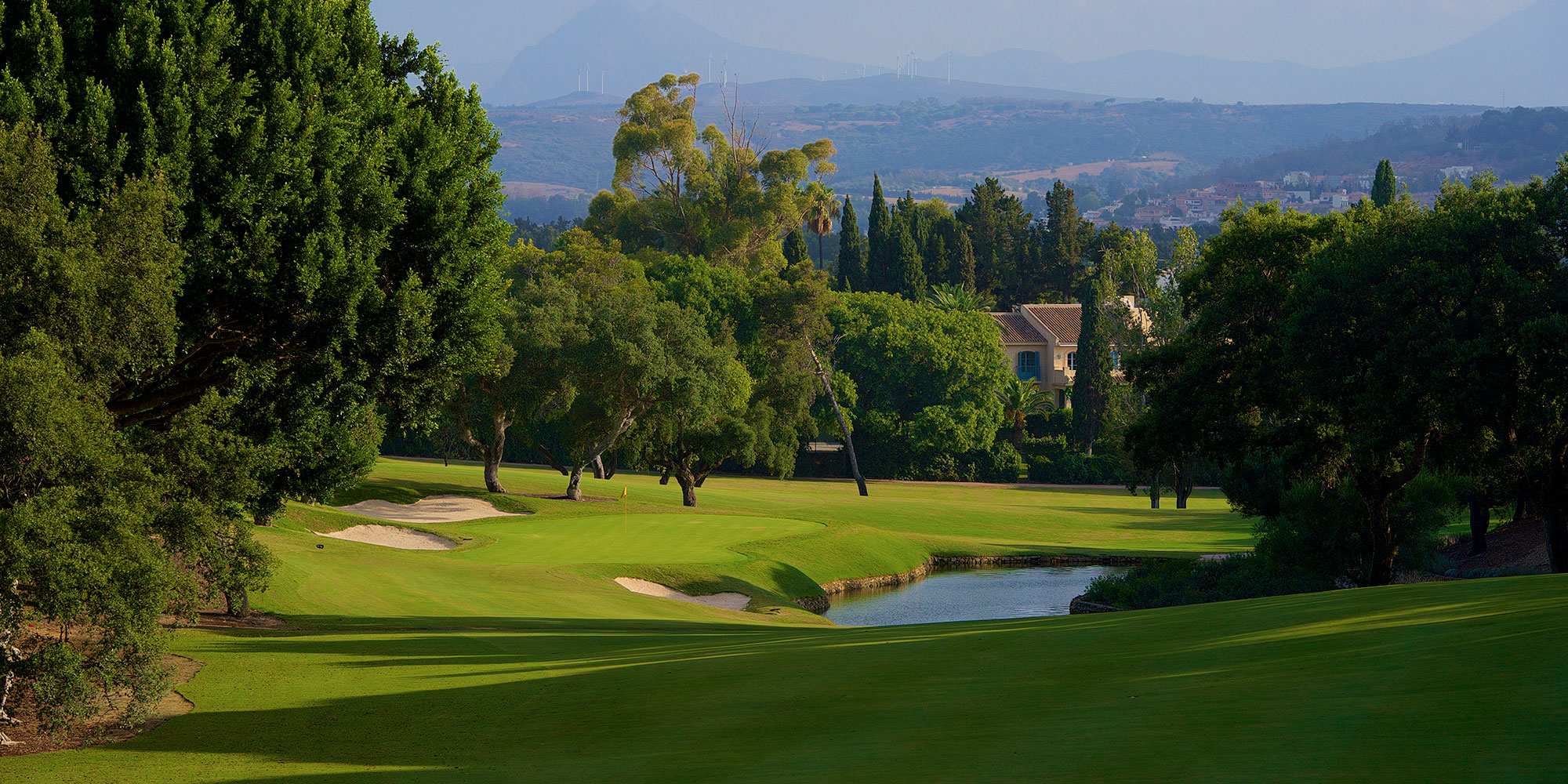 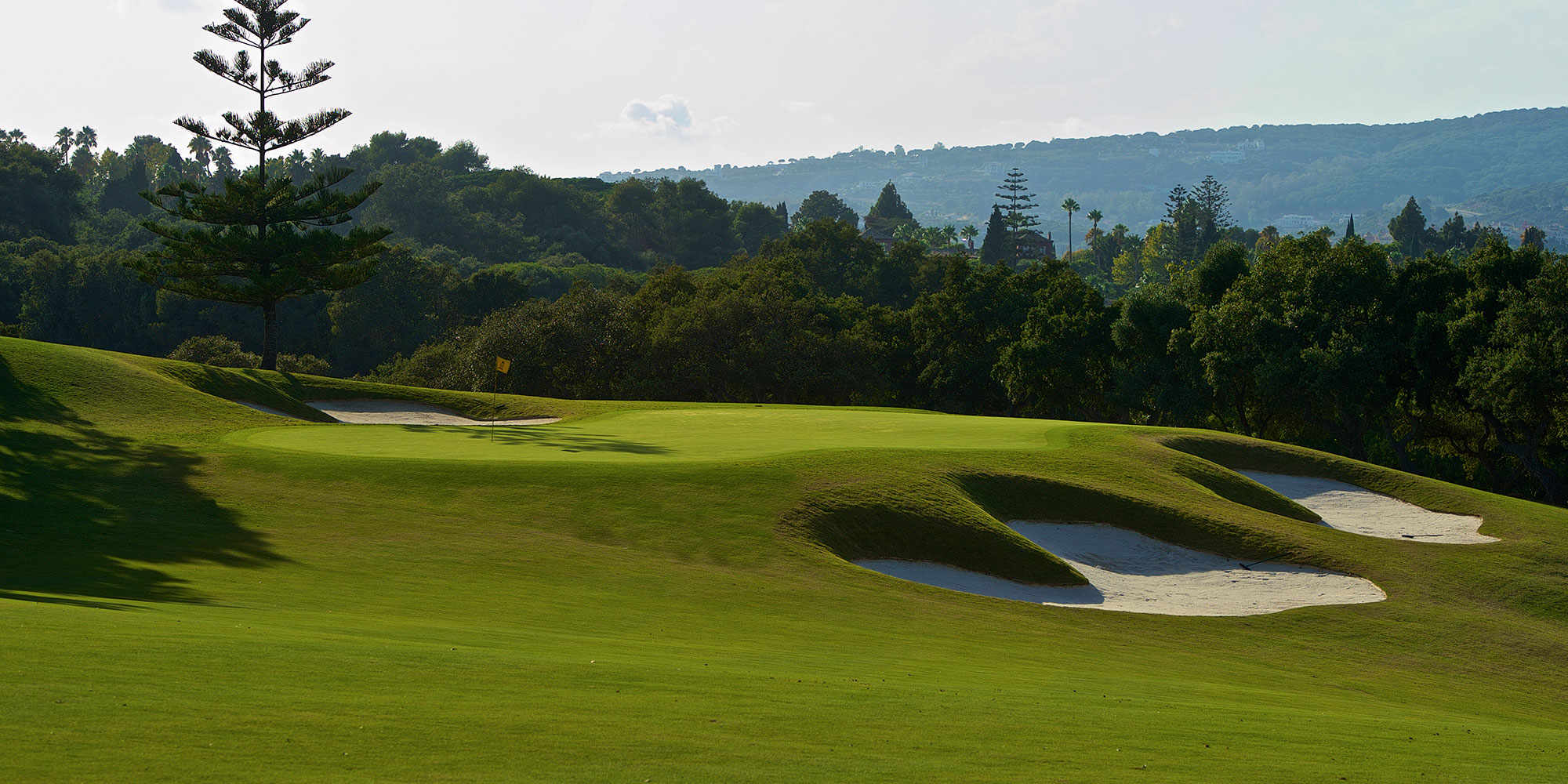 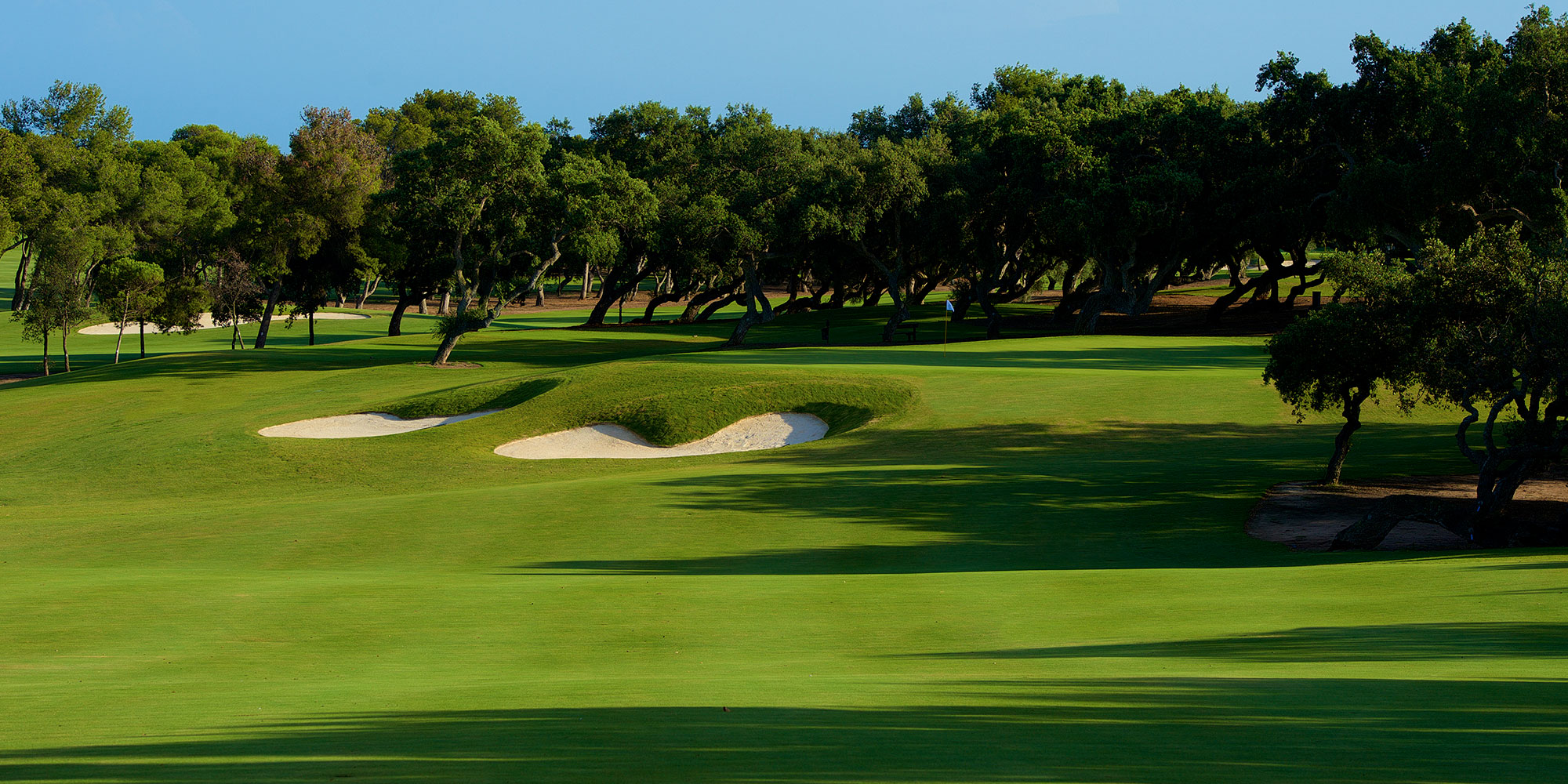 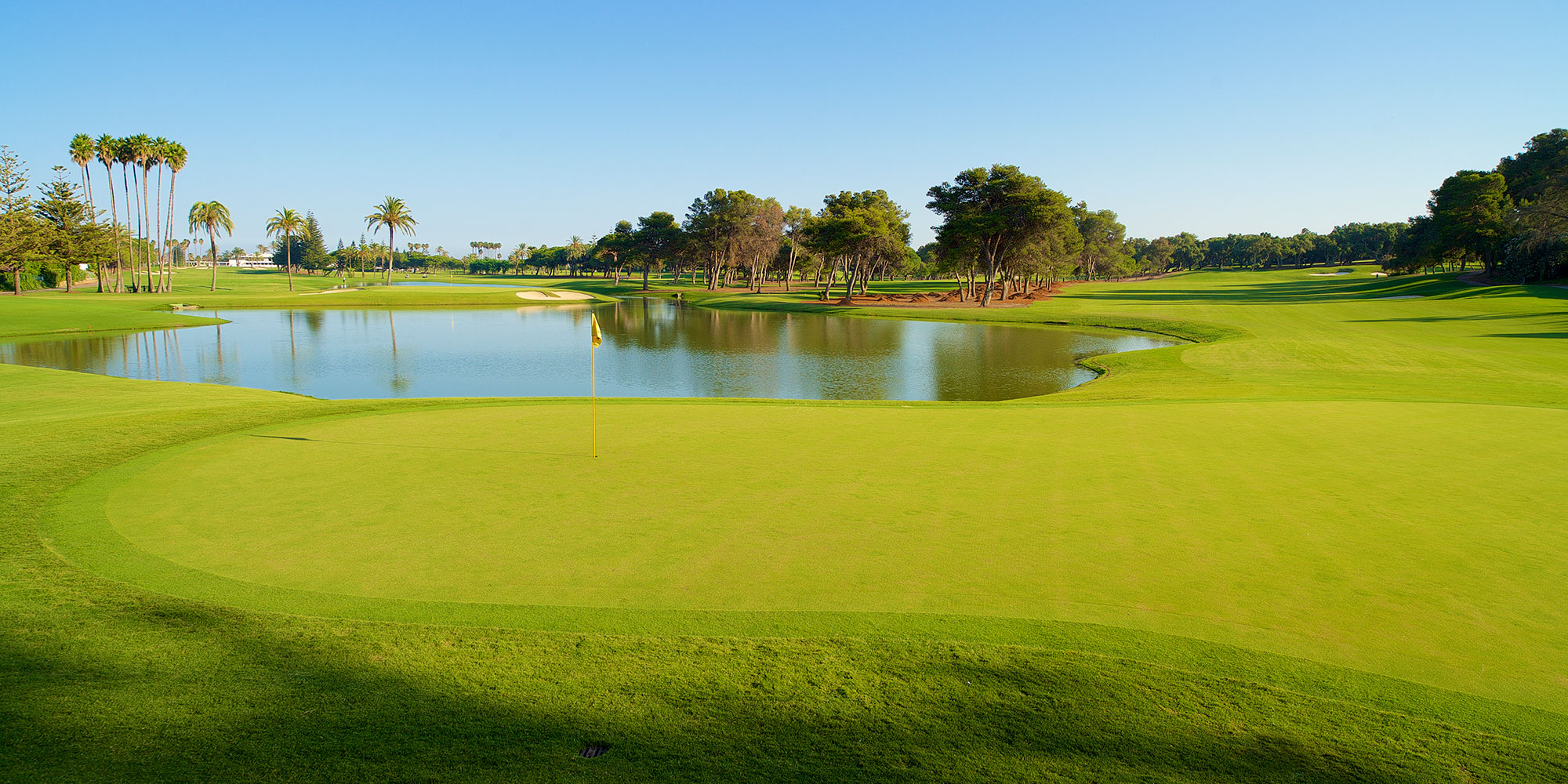 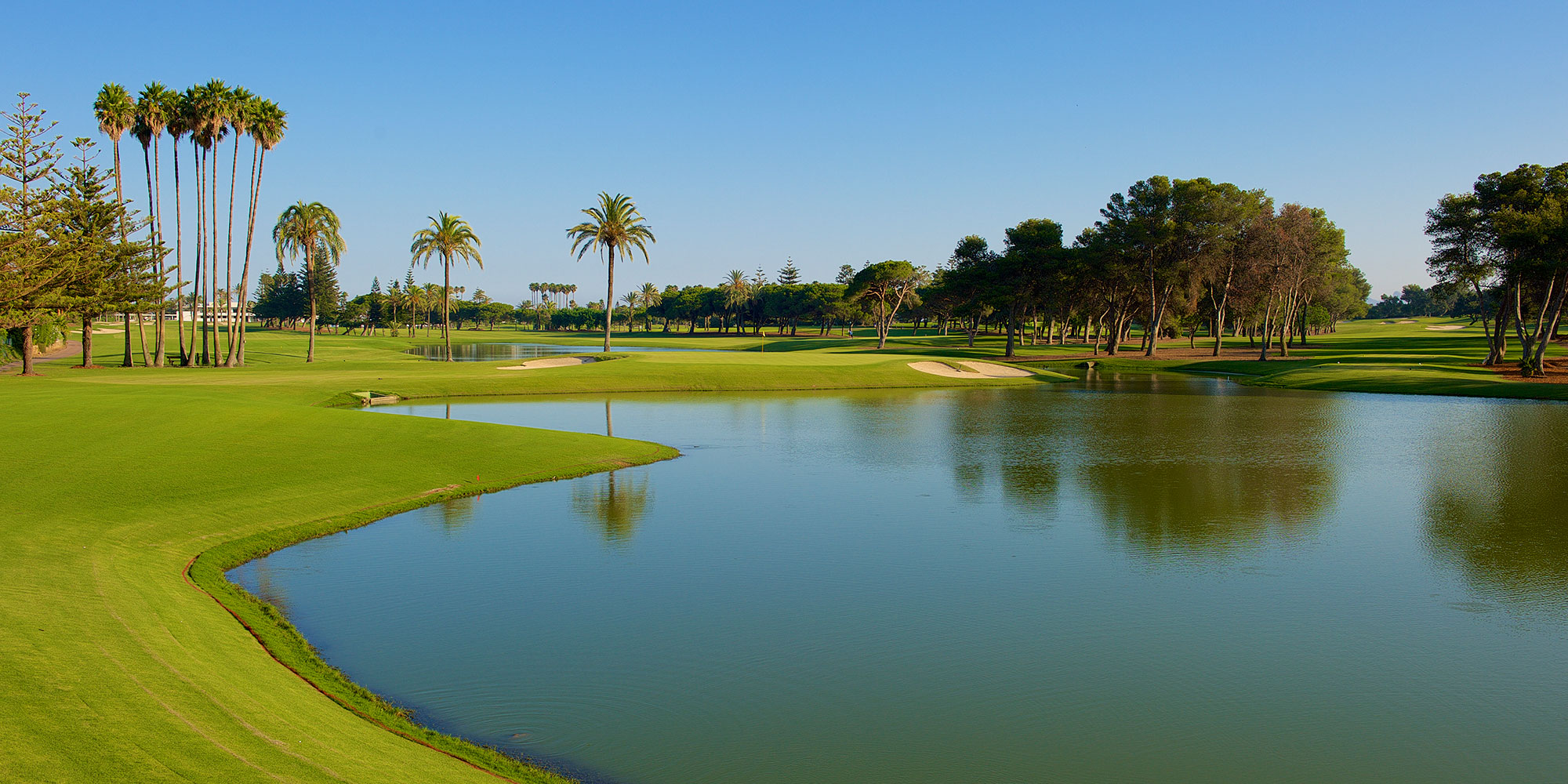 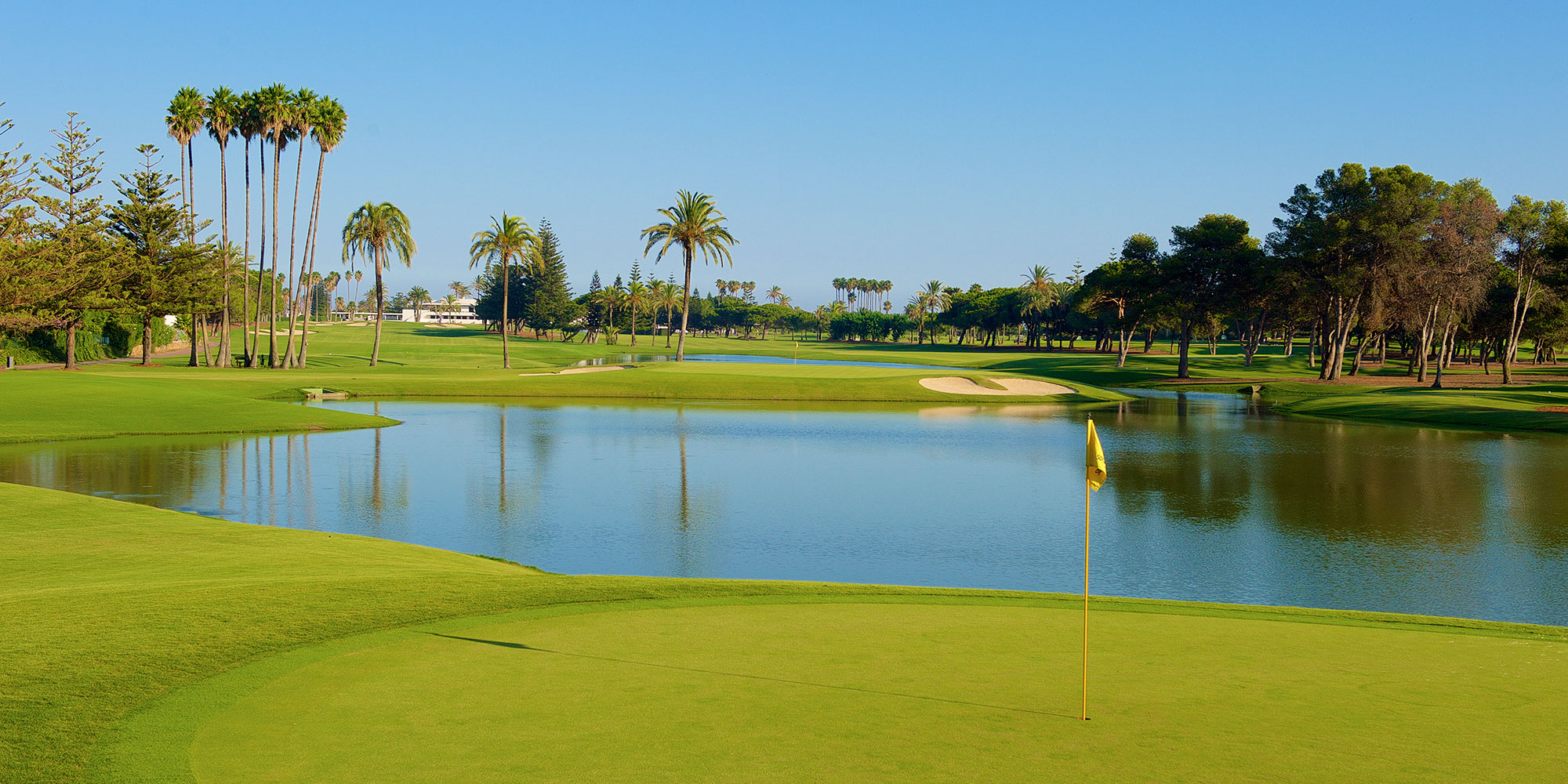 The Real Club de Golf Sotogrande is considered one of Robert Trent Jones’ masterpieces. He chose this course as one of his five favourites among the more than 500 he has designed around the world, according to his book “GOLF MAGNIFICENT CHALLENGE” published in 1988.

Opened in 1964, Sotogrande was the first Trent Jones course in Europe and takes into account all of his design philosophy, which consisted of making courses that blend in perfectly with the natural environment, which are a great challenge for the best players, but accessible and fun for everyone.

Nothing better describes the course at Sotogrande Royal Golf Club, it is exciting for any level of player and preserves all the natural beauty of the farm on which it was constructed. It is just 150 metres from the Mediterranean.

The course, a par 72 of 6,492 metres, greets you with long tees, wide fairways, and elevated greens which are subtly moulded and fast, meaning that they are the most difficult part of the course. Of the hundred bunkers that are on the course, 69 are around the greens, this requires maximum precision from players when attacking the flags. The variety of holes is another feature of Sotogrande, a variety not only in terms of shape and distance, but in vegetation: the mixture of cork oaks, pines, palm trees and other species, give the course great personality and beauty.

The course at Real Club de Golf Sotogrande is very balanced. On the first round, holes 4 and 7 stand out, being good examples of the risk-reward concept coined by Trent Jones, according to which, a hole should be a difficult par and an easy bogey, something that can also be said of holes 13 and 15 on the second part of the course.
The quality of the course is reflected very well by the winners it has witnessed throughout the years, among others, Severiano Ballesteros, José María Olazábal, Roberto de Vicenzo, Sergio García, Padraig Harrington or Rory Mcllroy.


Web design and development: Creciendoenlared.com
Menu
We use cookies to ensure that we give you the best experience on our website. If you continue to use this site we will assume that you are happy with it.
AcceptReject
Read more

Any cookies that may not be particularly necessary for the website to function and is used specifically to collect user personal data via analytics, ads, other embedded contents are termed as non-necessary cookies. It is mandatory to procure user consent prior to running these cookies on your website.